“We have this treasure in earthen vessels that the Excellency of the power may be of God and not of us.” (2 Corinthians 4:7) 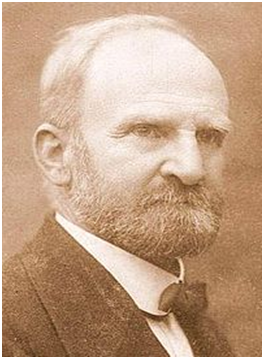 Despite not being an American household name like Billy Graham or perhaps Martin Luther, WC Hoover was one of God’s Great generals used in South America. With a passion and love for Jesus, WC longed to expel the grace and love of God to whomever he came in contact with. Hoover started out as a missionary whose task was to engrain a Methodist and Episcopalian style of teaching in the country of Chile. Though Chile was not his first choice by any means, WC went in obedience and an open heart regardless of personal feelings. The results of his obedience were nothing shy of remarkable. WC eventually became a one-way missionary to where he would be laid to rest in his beloved Chile. To this day South America still eats of the fruit for which WC Hoover left behind through Jesus and his works. We are proud to call Willis Collins Hoover Kurt one of God’s great generals.

History:   Willis Collins Hoover was born in Freeport Illinois to parents David Hoover and Rebeca Kurt. Growing up Hoover and his parents attended the local Episcopal Church. WC later visited and studied at the University of Chicago where he graduated in 1884. WC Hoover was inspired after college to do something great for God. He truly wanted to go on missions after being inspired by African missionary David Livingstone. 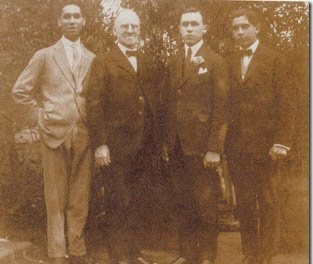 Under WC pastorals, there were a lot of elements that were the catalyst for the power and fire of the Holy Ghost during the revival of 1909. God had been prepping this church for several years for his spiritual coming. Two things were worthy of mention that took place in 1902. The first was, the church was studying the Book of Acts. A question had been posed to the congregation about what prevented them from being like the early church? The answer was simple; it was nothing prevents it, except something within them. So throughout the year within the Sunday school, this was their aim. Everything in the lesson was viewed as a stimulus towards becoming like the early church. The second thing was much like the first. In the eager and animated testimonies, they noticed a many in uncertainty. That gave rise to a series of sermons tending to clarify the testimony of the spirit toward salvation. The seed fell on well-prepared soil, and there was a notable revival during the year. People wanted and waited for the manifestations of God, so they were prepared when it happened.

During the beginning in 1902 WC’s Church gained a 100 people that year. Other churches in Chile were gaining about 80 people to their congregations. The gain of the whole conference was 44%, a phenomenal increase, even though the beginning numbers were not much.

In 1903 preparation for a new building was on their way. New property had been purchased and materials shipped in from all over to build the new building. This big project was a most important means that God used to develop the spirit of giving. It emphasised a spiritual movement that notable occurred increase in this aspect of successive years.

However, during 1904 to 1907, the church had been dealt some pretty hard blows of hardship. In 1904 there was an outbreak of smallpox in their city which attacked many members of the church. The disseized attack would last two years. In 1906 there was a major earthquake which hit and destroyed many properties including the new church which had caught fire and became a ruin. Due to the circumstances, the Missions Society sent a large tent to hold service. They met in there for year melting in the heat and freezing in the cold. Realising they could not go on in this way, the Lord presented a way in 1908 for a new temple to commence building. On New Year’s 1908 turning 1909 the congregation held an all-night prayer meeting in the new Temple.

During the first week of 1909, they had a full week of prayer, both day and all night services dedicating the New Year to God. Within that first service, they had 100 people. Continually more people kept coming and during the public prayer services the power of the Holy Spirit would come and pour out the fire upon the congregation. 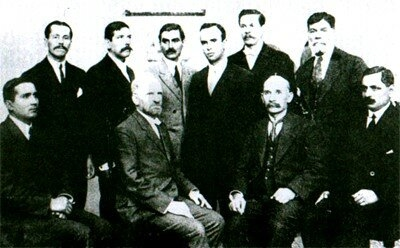 Every month of 1909 the knowledge and wisdom of Jesus would pour out upon the people. Healings both physical and spiritual were taking place, and more people were coming to the revelation of who they were in Christ. People in all night prayer meetings would feel the power of the Holy Spirit through grown and utterances. Others would fall on the floor drunk in the spirit of God. The moment the spirit left them all things in these people’s lives had been restored. People, children and youth would see visions of heaven, have actual manifested conversation with the Lord and glimpses of Haven. Testimony after Testimony poured in for the events taking place in this church.

The Pentecostal revival in Chile was one of the defining moments for several groups. For the Methodist Episcopal Church, it marked a definitive missiological decision to avoid revivalism and Pentecostalism and to exorcise those elements from its midst; for Chileans, it demonstrated that a Chilean church could survive and prosper; for Pentecostals, it was proof that Pentecostalism was more complex than a formula of American revivalist experience. After the revival had broken out, Hoover was forced to leave the Methodist Episcopal Church being called a heretic and acting in treason amongst the religion he came from. Then, influenced by the Chileans who had experienced Pentecostal Baptism of the Holy Spirit, and encouraged by his wife, Hoover accepted the call to pastor the fledgeling Pentecostal church and to guide it in its new reality. After the all that had taken place, WC Hoover had been described as “the most successful missionary in Chile” by one A. B. Simpson. The extraordinary outpouring of the Holy Spirit led to explosive growth and the formation of an original Pentecostal church which has grown to become one of the largest Protestant groups in Chile. To this day the impact is still felt by this unique individual who by the power of the Holy Spirt manifested the book of Acts in their life.

Family Life:    WC Hoover Married his beloved wife, Marry Ann Hilton after graduating from the University of Chicago. According to the book “History of the Pentecostal Revival in Chile”, co-written by his grandson Marion G Hoover, WC and his wife had three children, two girls and a boy. To this day all the family is still involved in the ministry in some way.